Information on how to get a refund for unlawful bank charges for the last six years in the UK: 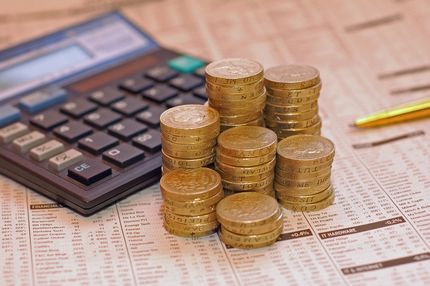 The Office of Fair Trading declared that some fees were unlawful as well as being unfair. This was during a ruling that credit cards should only charge no more then a £12 annual fee. This opened up opportunities for people to reclaim bank charges refund. To date those in the UK have not challenged this decision and have made refunds to their customers.


People who believe they have been charged an unlawful fee can legally and rightfully claim back bank charges as far back as six years.


The law in Britain does not permit a penalty clause. Yet when you may have been overdrawn, even by a penny, they have automatically sent you a letter telling you that you are overdrawn - and charged you anything from £20 to £40 just for sending this letter. This is in addition to any interest charged for being overdrawn or having an unauthorised overdraft. 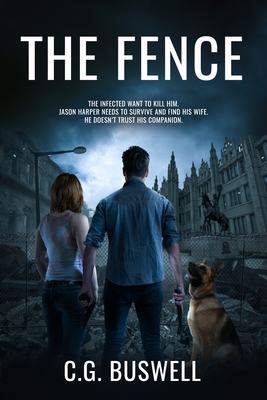 There are other unlawful fees, and these are being successfully challenged by individuals in the courts, and institutes are refunding these unlawful charges. Examples include:


At the moment they are avoiding going to court because they do not want to set a precedent in legal history. Instead they are refunding, some with interest, any unfair bank charges. But only to those customers who claim a refund. Though the Office of Fair Trading have declared that some were unlawful - if a High Court Judge declared this then they would have to refund an awful lot of money.


They are now settling claims, though making it as hard as possible - but they are still refunding bank charges. With a bit of effort you can reclaim your money back. If the High Court were to rule that they are unlawful then they may rule that they have to make more of an effort to refund unlawful payments taken from their customers accounts. They do not want this to happen, it could cost them billions of pounds - it is easier and safer for them to settle now and not challenge any claims. They can delay refunding claims, for example by delaying sending you any copies of statements which you are legally entitled to have under the Data Protection Act, that can help you calculate your claim. However, in this example, they must legally send you this requested information within forty days. If not tell them in writing that you will report it to the Information Commissioner for a breach - that usually motivates them to action!

If a case did go to court then they would have to publicly reveal their fees, profits and losses so that a judge could decide if a charge has been unlawful. They do not want this information to be made public. Nor do they want their competitors to know this information. Imagine if a rival to someone like Lloyds, TSB, First Direct, Bank of Scotland, Halifax or Barclays knew these figures. There may come a time that they decide to challenge claims so that if they win they can continue to earn. Until then if you have been charged any in the last 6 years ( 5 years for Scotland due to the Scottish laws) do please consider requesting a refund.

How To Reclaim Bank Charges


Do put everything in writing and send it by recorded delivery.

Keep copies of everything.

In your letter give the date and amount of any fees you consider to be unlawful, using the list further above. State any given reason for them.

If you have them and have access to a scanner or photocopier, make a copy of any letters of charges sent to you and include them with your letter requesting refunds.

They may close your account. Overcome this by opening another account elsewhere before submitting a claim. The banking code may prevent them from closing your account unless they have a valid reason. Which? ran a report on this practice and found evidence that some were indeed closing the accounts of customers that pursued a claim.

If it does close your account because you made a claim then do complain in writing to the Financial Ombudsman. People who have done this have received financial compensation for the inconvenience this has caused.

Some have argued that reclaiming may negatively affect a credit score rating. They should not put a note of this on your credit reference file, unless you have been overdrawn.

Yours may not be so accommodating and helpful in the future (if they ever were) if you have sought help to get a refund. That said do you really want to stay with an institutes like this? There are plenty of them in the UK and many offer great customer services and can be quite helpful.

Another disadvantage to reclaiming that may affect everyone with an account one day is that they will no longer be able to profit from these and will have to raise a profit in other ways. One option for them will be to charge their customers to keep their accounts open. Some may also have to charge a monthly fee or will have to drop interest rates for savers.

Others claim that they will not want to put off savers and investors. They rely on their money to pass onto borrowers. They make money from people when they borrow money, buy a mortgage, take out credit cards, etc. They will not want to jeopardise this important cash flow. So they argue that customers who stay in credit will remain fee free.

This all dates back to the 2005 landmark ruling in an English civil court that found they did not truly reflect the cost of administration and ruled that they were unfairly imposed. As an example a fee for a bounced cheque may cost them just £4-50 to process yet they have been charging between £25 and £39 to the their customers.

Stephen Hone, then a law student argued at Plymouth County Court in 2005, that the £800 fees against his £840 overdraft were excessive and breached the Unfair Terms in Consumer Contracts Regulations(1999). They did not defend the case and the District Judge stated that fees should not exceed the actual administrative cost of the fees and found against them. He was awarded £2000 which consisted of a refund, interest and compensation for the time spent on the case.

This landmark case led to the 2006 Office of Fair Trading investigation and ruling described at the beginning of this article. He now runs a website with a team of volunteers where they help others get penalty charges back from banks, building societies, store cards and credit cards. Useful features include a forum, chat room and a guide to work through to help you.

The largest pay out was £17,900 according to Martin Lewis of the website moneysavingexpert.

Another page of interest is the Find Extra Work claiming a tax refund article.

Just under £36,000 was recovered by a businessman only known as Bob and reported by the BBC. He challenged the NatWest over alleged unlawful bank charges from bounced cheques from his company. Bob started legal action using the Government Money Claim Online service and they gave him the contested amount without admitting liability.